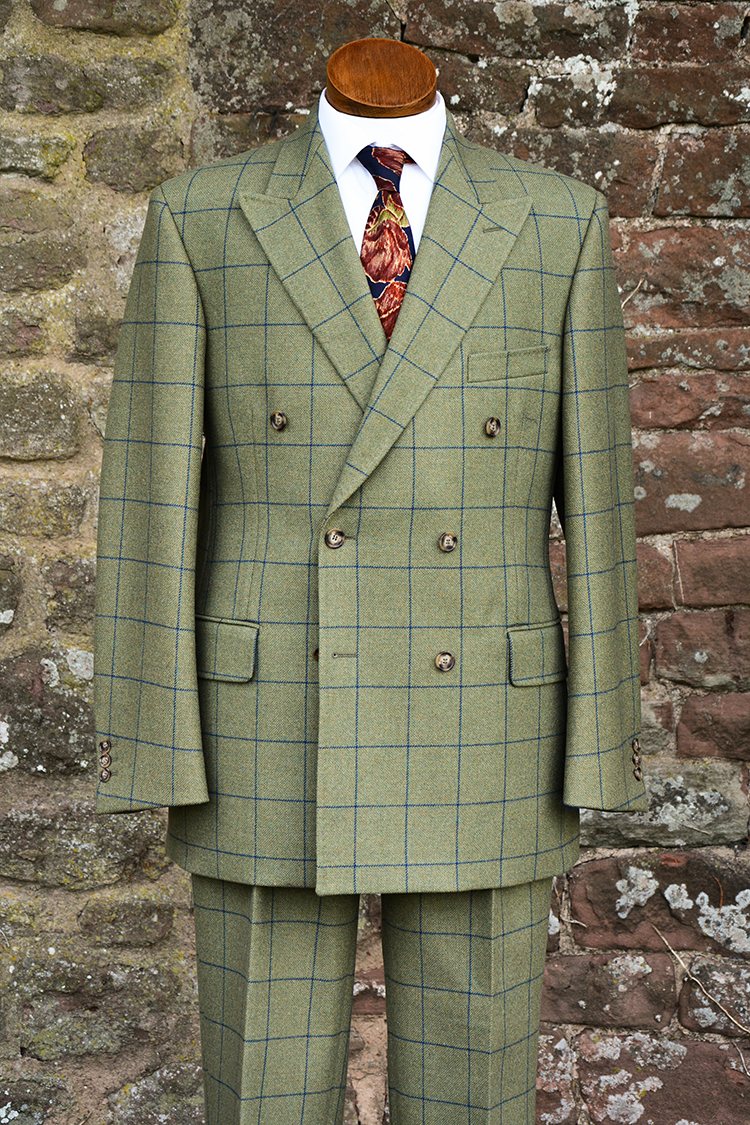 Around 1935 fashionable men started to enjoy the style of the double breasted jacket. By 1940 it was undeniably the style to wear and this remained in fashion for the next two decades. Moving back to a balance of single and double breasted for the remainder of the century.
Today, the single breasted suit is far more in favour but the double breasted style does give a stand out look and is flattering for every figure. It is quite unusual, these days, to see a double breasted tweed suit, and such an outfit will certainly turn heads. Double breasted not only works well as a fashion statement but also for more formal occasions.
We offer a variety of button choices at Bookster but the most popular button front today and as picture on our Grosvenor Tweed Suit below is 2/6 which is 2 fastening and 6 to show. This exact suit from the photo session is available buy at a special price here http://www.bookster.co.uk/special-offer-grosvenor-tweed-do…/
Please get in touch if you would like any further information about double breasted garments.